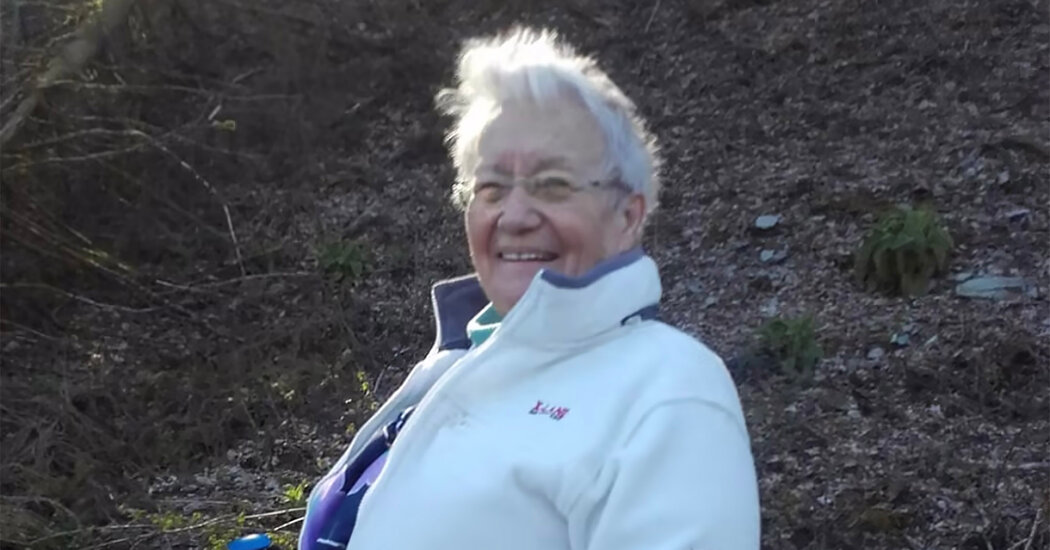 This obituary is part of a series about people who have died in the coronavirus pandemic. Read about others here.

Eating at Annie Feron’s? No invitation necessary. All you had to do was show up.

Ms. Feron’s four children, their friends, young people she unofficially adopted, her husband, a rotating cast of long-term guests — on any given night, any or all of them might appear at her dinner table in Liège, Belgium. Ten diners was average.

The dishes Ms. Feron prepared were as traditionally Belgian as could be: leek soup, endive gratin and apple sauce, which was made from apples grown on trees in Ms. Feron’s garden. But the diners could be from all over the world. The guests staying in her home came from Vietnam, Russia and Peru, among other places.

Just before her death, Ms. Feron left her children several commandments meant to serve as reminders of the family’s values, Ms. Feron said. A principal tenet: “Host other people.”

Nothing exemplified Ms. Feron’s commitment to hosting like her support of foreign-exchange students.

As a young woman, Ms. Feron had been a foreign exchange student in London, where she struggled with homesickness but also learned the potential power of living abroad. It helped her gain fluent English.

As an adult, she hosted roughly a dozen long-term foreign visitors, several of them exchange students. One of the students was Nicole Allen, who at 16 moved from Washington, Pa., to Liège in 1991 though a foreign exchange program organized by Rotary International. Ms. Feron was her host mother.

Her jolly dinner parties, her firm but gentle critiques of Nicole’s French and her comradeship during the challenging early months of Nicole’s time in Belgium, before she had made friends her own age, made an enduring impact.

Ms. Allen chose to attend college at McGill University and continue living in Montreal afterward, sharpening her French. She married a French-speaking man. She became “a lifelong lover of French culture, thanks in part to Annie,” she said.

Annie Eugénie Uselding was born on Aug. 27, 1937, in the Belgian village of Nobressart. She grew up in a nearby village, Heinstert, where her father, Joseph Uselding, was the mayor. He also ran a small farm, where he received help from Annie’s mother, Marie Uselding Feller.

Annie received a certification to teach Germanic languages in the early 1960s from l’Institut de L’Enfant Jésus à Nivelles near Brussels. She met Joseph Feron, a friend of her brother’s from military service. They married in 1966.

The couple moved to Liège for better work opportunities. Mr. Feron sold insulation and building supplies. In 1967, Ms. Feron became a teacher of German and Flemish at Saint-Lambert Collège, a school in a town near Liège. She stayed until the early 2000s.

Ms. Feron’s husband died in 2013. In addition to her daughter, she is survived by a brother, Luc Uselding; three sons — Jean-Christophe Feron, Bernard Feron and Pierre Feron; and 10 grandchildren.

After Ms. Allen returned home from Belgium, she and Ms. Feron kept in touch through letters for 30 years. The valence of hosting shifted. Mr. and Ms. Feron visited New York and stayed with Ms. Allen. Ms. Feron pushed the tradition into another generation, asking Ms. Allen to host her 16-year-old granddaughter, Camille Feron.

Like her antecedents, Camille was shaped by the experience, said Cathy Feron, her aunt: “It helped her open up out of her shell.”