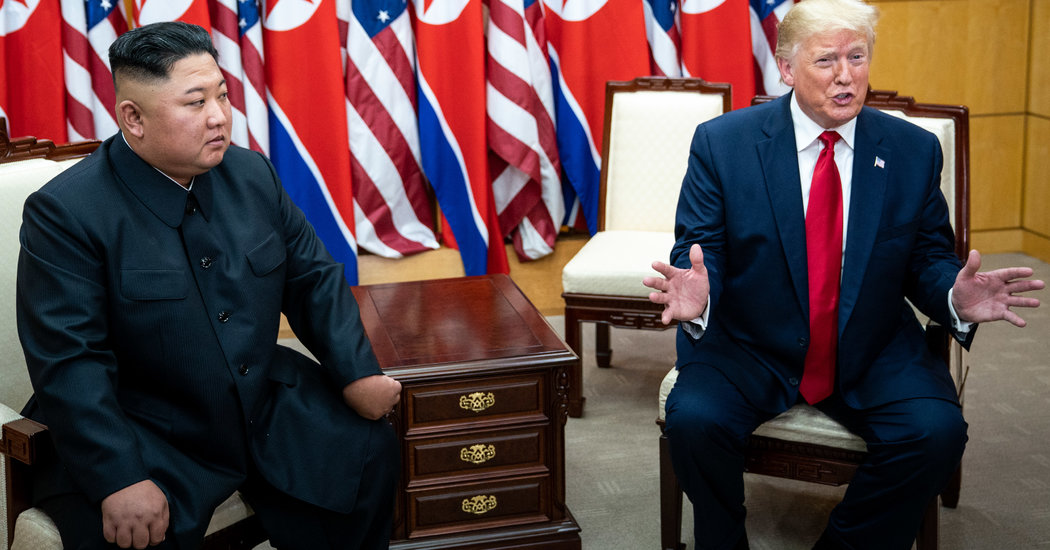 SEOUL, South Korea — North Korea on Sunday denied President Trump’s assertion that its leader, Kim Jong-un, had sent a letter to him, and suggested that Mr. Trump was using his vaunted relationship with Mr. Kim for “selfish purposes.”

Mr. Trump said the day before during his daily press briefing on the coronavirus that he had received a “nice note” from Mr. Kim.

“I received a nice note from him recently. It was a nice note. I think we’re doing fine,” Mr. Trump told reporters on Saturday at the White House. He also claimed that the United States would have been at war with North Korea had he not been elected and played down the threat of short-range missile tests that North Korea has been conducting since March.

During a phone conversation with President Moon Jae-in of South Korea, Mr. Trump also ​said he had received a “warm letter” from the North Korean leader, Mr. Moon’s aides told reporters on Sunday. But ​later Sunday, ​the North’s Foreign Ministry ​said, “There was no letter addressed recently to the U.S. president by the supreme leadership” of the North.

“He could have referred to the personal letters that had been exchanged in the past, we are not sure,” the ministry said in a statement carried by the North’s official news agency.

“We are about to look into the matter to see if the U.S. leadership seeks anything in feeding the ungrounded story into the media,” it said, warning that the​ relationship between Mr. Kim and Mr. Trump should not “be misused for meeting selfish purposes,” or “for diversion.”

Mr. Trump and Mr. Kim have in the past often praised their unusual relationship. They exchanged a number of personal letters before and after their first summit meeting, in Singapore in 2018, and at one point Mr. Trump said he and Mr. Kim had fallen “in love.”

Last month, North Korea revealed — and the White House later confirmed — that Mr. Trump had sent a letter to Mr. Kim expressing his willingness to help the North battle the coronavirus. North Korea has taken vigorous steps against the pandemic, and claims it has not had a single case of Covid-19.

Relations between Pyongyang and Washington have cooled since the leaders’ second summit meeting, in Vietnam in February 2019, collapsed over differences regarding how quickly North Korea should dismantle its nuclear weapons program and when Washington should ease sanctions against the North.

Since then, Mr. Kim has repeatedly said that North Korea was no longer interested in diplomacy with the United States unless it changed what he called its hostile policy, including sanctions. North Korea has also said the “special personal relations” between Mr. Kim and Mr. Trump were not enough to improve their countries’ ties.