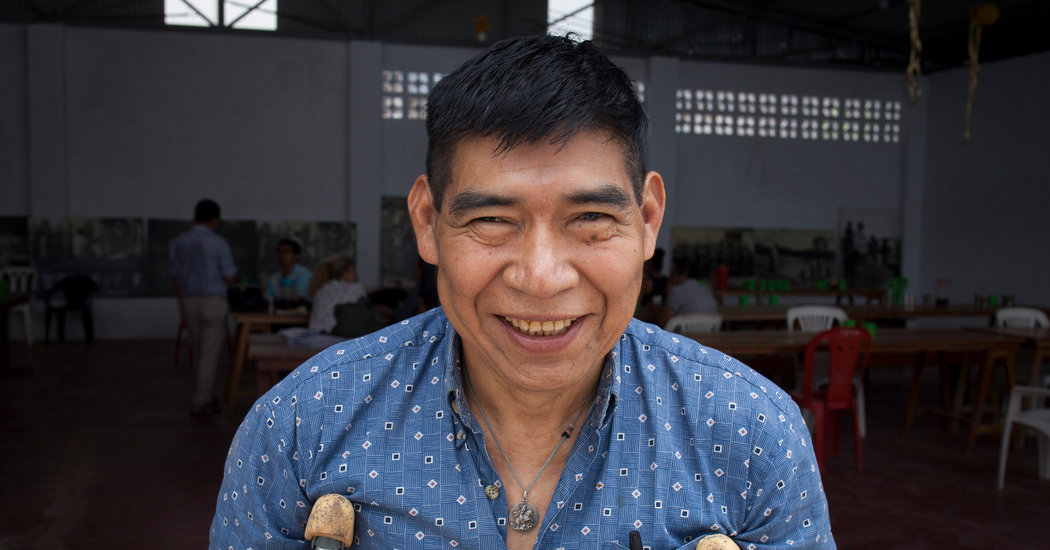 This obituary is part of a series about people who have died in the coronavirus pandemic. Read about others here.

This was clear to Santiago Manuin: Indigenous tribes of the Amazon had the right to protect their land and to take part in decisions affecting them.

He promoted these principles as a prominent Peruvian human rights activist, and defended them as a longtime leader of the Awajún and Wampis Indigenous peoples of Peru’s northwestern Amazon, expelling armed rebels from tribal territory and pushing back against a wave of squatter settlements encouraged by the government.

Mr. Manuin died on July 1 of Covid-19 in a hospital in the coastal city of Chiclayo after struggling to find adequate health care in his region, Amazonas, his son, Santiago Jesus Manuin, said. He was 63.

The novel coronavirus that causes the disease has been spreading quickly through native communities in Peru, which often lack basic health care.

In one of his last statements, Mr. Manuin in April called on tribal authorities to devise their own strategy for containing Covid-19’s spread, criticizing the government’s response to the virus among Indigenous peoples as inadequate. “We must face this pandemic like we have other problems,” he said. “We have to be brave.”

President Martín Vizcarra in June acknowledged that the government’s response to them had been slow and promised to do better. The government started forming Indigenous committees to help address the pandemic this month.

Mr. Manuin was born in Santa Maria de Nieva near the Marañón River in northern Peru on July 25, 1956, at a time when his people started having regular contact with outsiders. His parents worked on rubber plantations and were mistreated by the owners, stirring his interest in leadership, his son said.

Mr. Manuin learned to read and write from Jesuit missionaries, and embraced education and Catholicism as tools to help organize against injustice. He earned a master’s degree in human rights from the University of Deusto in Spain.

He began gaining recognition, meeting with Pope Francis and winning an award from Peru’s largest human rights group. Mr. Manuin was also known for having survived a police crackdown on protesters in 2009, one of the worst in recent Peruvian history.

He was shot as he and other Indigenous protesters blocked a road to demand the repeal of laws that opened up the Amazon to more logging, mining and oil drilling. Police moved to disperse the crowds, firing live ammunition, according to witnesses. At least 33 people died in clashes, including several police officers slain by protesters.

Mr. Manuin suffered damage to his intestines, and was briefly reported dead. But he survived, as did the movement he fought for. El Baguazo, as the clashes were known, forced a national reckoning over Indigenous rights. The laws under fire were repealed, and measures giving Indigenous people more say in government decisions passed in following years.

Along with his son Santiago Jesus, Mr. Manuin is survived by his wife, Justina Mayan, and 13 other children.

“My father always said that El Baguazo was the moment Peru became intercultural, when Indigenous people started to be seen,” Santiago Jesus Manuin said. “He taught us that we’re part of humanity and part of Peru, and we deserve the same rights and have the same need to live in peace as others.”