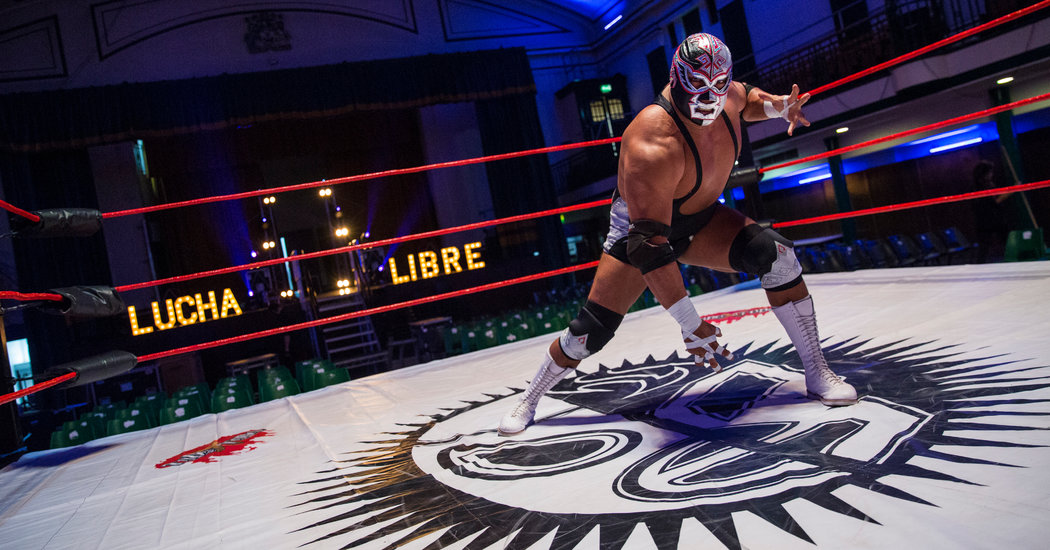 LONDON — A Mexican wrestler and actor who appeared in the movie “Nacho Libre” died in the ring during a bout in London on Saturday, according to the venue where the event was held.

The wrestler, César González Barrón, known as Silver King, was facing off against an opponent known as Juventud Guerrera, or Youth Warrior, when he became unresponsive at the Roundhouse, a performing arts and concert venue in Camden.

According to the Mexican news outlet Record and other reports, Mr. González Barrón appeared to have died of a heart attack, but officials have not yet released an official cause of death.

Medics from the London Ambulance Service arrived five minutes after being called at 10:21 p.m., according to news reports, but Mr. González Barrón was pronounced dead at the scene. The Metropolitan Police said on Sunday that it was not involved in investigating the death.

Roundhouse confirmed the death in a post on Twitter, saying: “At this stage the details are still being investigated so we don’t have more information we can share. Our thoughts and condolences are with his family, friends and all of the Lucha Libre team.”

Mr. González Barrón, 51, appeared as the bad guy, Ramses, in the 2006 movie “Nacho Libre,” a comedy in which the actor Jack Black plays a priest in training who becomes a wrestler.

Mr. González Barrón was a star in Mexican wrestling, known as lucha libre, in which combatants wear elaborate masks and take on outlandish personas.

At the event in London, called the Greatest Show of Lucha Libre, Mr. González Barrón had reprised his role as the evil Ramses.

He was the son of a famous wrestler known as Dr. Wagner, and he had been wrestling professionally since 1985, according to his profile on the film website IMDB. During his career, he was a CMLL World Heavyweight champion, an AAA World Tag Team champion and had won many other championships.

One spectator at the fight, Roberto Carrera Maldonado, told the BBC that, initially, it appeared as if Mr. González Barrón’s collapse was part of the show.

“It felt like it was staged,” he said. But when it became apparent the wrestler was imperiled, he said, “all of us were really shocked; it wasn’t clear what was happening.”

As news of Mr. González Barrón’s death spread, tributes poured in from around the word, including from the WWE, which said it was “saddened to learn that Lucha Libre legend and former WCW star Silver King has passed away.”

In an Instagram post, Mr. Black, the star of “Nacho Libre,” which spoofed the lucha libre culture, shared a photograph of Mr. González Barrón on the set and wrote, “Vaya con dios, hermano,” or “Go with God, brother.”

Mr. González Barrón, who grew up in Mexico City, according to the BBC, was a star of lucha libre, in which wrestlers body slam and flip one another in epic, choreographed battles for screaming fans in arenas around the world.

According to a New York Times article in 2006, the year “Nacho Libre” was released, the sport is “considered kitsch by some, a unique cultural phenomenon by others.” An American promoter introduced the concept south of the border in the 1930s.

“Because masks played a ceremonial role in pre-Columbian Indian cultures, the disguises went over especially well,” the article said. “Today their wearers embody a combination of average Joe and working-class avenger.”