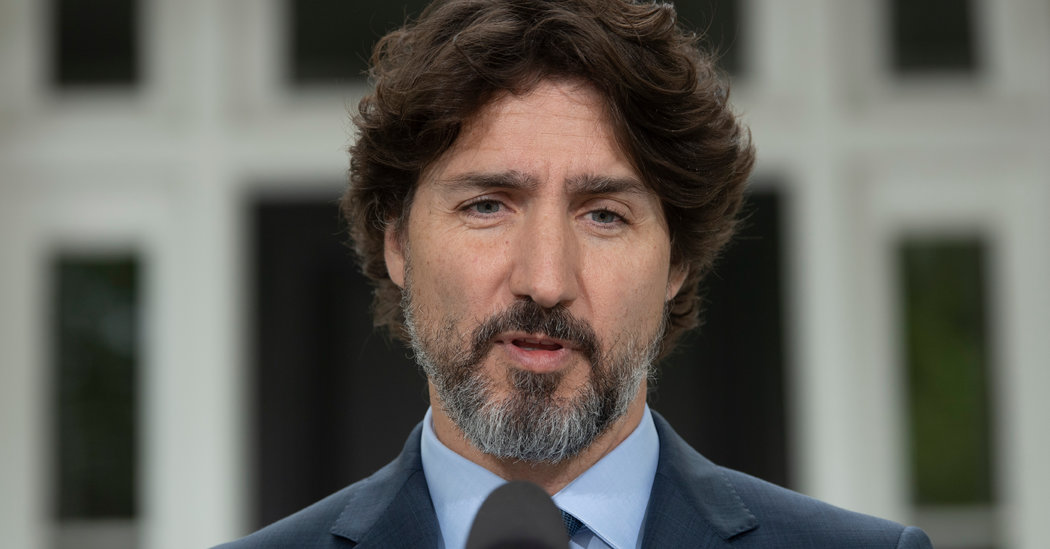 TORONTO — When asked what he thought of President Trump’s call for military action against American protesters and the tear gassing of peaceful demonstrators to make way for a photo-op, Prime Minister Justin Trudeau paused at his podium for 21 uncomfortable, televised seconds. He opened his mouth, then shut it — twice. He softly groaned.

Finally, in a scene on Tuesday that has now spread wildly around the internet, Mr. Trudeau said: “We all watch in horror and consternation what’s going on in the United States.”

From their perch above the United States, Canadians have been watching in shock as the country they’ve long considered their closest friend and protector now seems like a crazed, erratic and dangerous stranger.

Most of the country’s horror has been focused on President Trump. Even the country’s conservative newspapers were filled with columns like one by Gary Mason stating, “There couldn’t be a scarier person inhabiting the White House at this very moment.”

Most Canadians soured on President Trump two years ago when he placed tariffs on their country’s steel and aluminum exports, threatened to cut Canada out of the continental free trade deal and insulted Mr. Trudeau as “very dishonest and weak” moments after leaving the Group of 7 summit, which Mr. Trudeau had hosted.

But, during the pandemic, public opinion of President Trump has sunk to even lower levels among Canadians.

While politicians here have set aside their partisan differences to work together to protect Canadians from the coronavirus, Mr. Trump is viewed as politicizing the pandemic for his re-election effort.

“My view is one of profound sadness — sadness at watching communities we respect being so torn apart, and sadness at watching the loss of life in the pandemic,” said Frank McKenna, a former premier of New Brunswick and a former Canadian ambassador to the United States. “The United States is so polarized, the question of wearing a mask or not is fraught with political overtones. It’s excruciating to watch.”

Prime Minister Trudeau, however, dared not openly criticize President Trump in his response on Tuesday. Instead, like many other Canadian leaders, he chose to ruminate on racism against black Canadians and other minorities.

Protests in support of George Floyd, the black man killed by a white Minneapolis police officer, occurred across the country last weekend and in Toronto were connected to the death of Regis Korchinski-Paquet — a 29-year-old black woman who plunged from her family’s high-rise apartment shortly after the police arrived, answering a distress call. The incident is being investigated by a police oversight unit.

“It is a time for us as Canadians to recognize that we too have our challenges,” said Prime Minister Trudeau, whose own record on race was badly tarnished after old photos of him wearing blackface and brownface at parties surfaced during the 2019 re-election campaign.

“There is systemic racism in Canada,” Mr. Trudeau said.