Trump’s Nominee for U.N. Envoy Appears to Differ With Him on Saudis and Climate 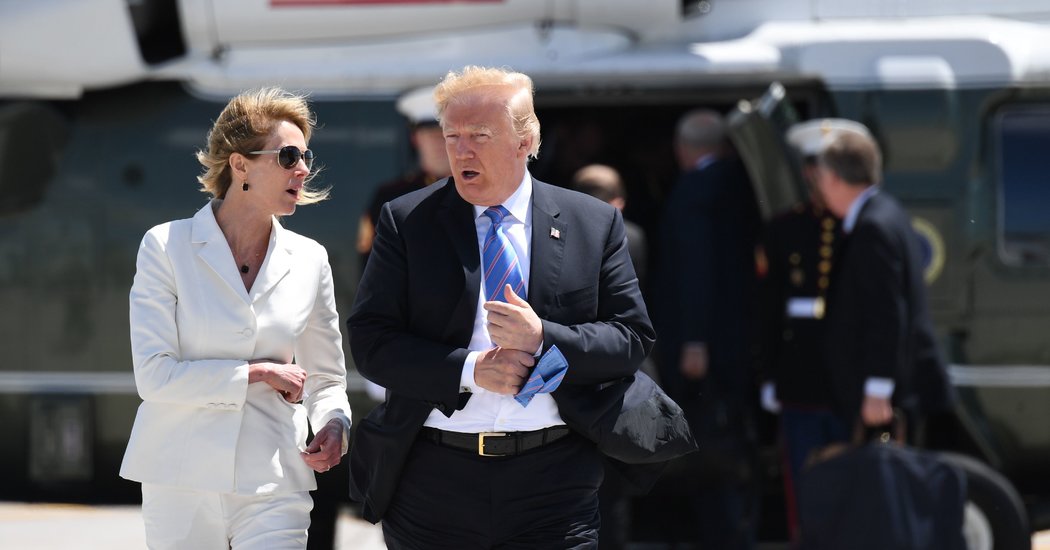 President Trump’s choice for United Nations ambassador said Wednesday that Saudi Arabia must be held accountable for rights abuses and that humans have contributed to climate change, posing “real risks to our planet.”

The positions expressed by the nominee, Kelly Knight Craft, currently the ambassador to Canada, suggested she differed with Mr. Trump on two signature themes of his presidency: the strong alliance with Saudi Arabia’s de facto ruler, Crown Prince Mohammed bin Salman, and the causes and dangers of global warming.

The United Nations post has historically been considered the second-most important foreign policy position in a presidential administration, behind the secretary of state. The prolonged absence of an American ambassador has not gone unnoticed at the 193-member organization; the United States is its host nation and biggest financial contributor.

Jonathan R. Cohen, a veteran American diplomat who had been the deputy permanent representative at the United States Mission, has been serving in the top role pending a replacement. He was nominated to be the ambassador to Egypt in April.

Ms. Craft’s nomination has drawn criticism from environmentalists because of her family’s ties to the fossil fuel industry, considered a major contributor to climate change.

Her husband, Joseph W. Craft III, is a billionaire Kentucky coal magnate, and the Crafts were big contributors to Mr. Trump’s 2016 campaign.

Ms. Craft has not disputed Mr. Trump’s decision to withdraw the United States from the Paris climate accord, which seeks to limit global carbon emissions and halt the global rise in temperatures. But at the confirmation hearing she tried to make clear she does not deny the existence of climate change.

“Climate change needs to be addressed, as it poses real risks to our planet,” she said in a statement. “Human behavior has contributed to the changing climate. Let there be no doubt: I take this matter seriously, and if confirmed, I will be an advocate for all countries to do their part in addressing climate change.”

Asked by some senators to elaborate, she said, “I believe climate change needs to be addressed and that carbon plays a role.”

When challenged on whether Mr. Trump’s withdrawal from the Paris accord had undermined the American position, she said, “we don’t need to be a member to show leadership.”

Ms. Craft’s confirmation hearing coincided with news that a United Nations investigator had concluded that Saudi Arabia was responsible for the murder of Jamal Khashoggi, a Washington Post columnist, in its Istanbul consulate last year, and that there was “credible evidence” the crown prince had played a role.

Mr. Trump has strongly defended the crown prince’s denials of any responsibility. But Ms. Craft appeared to differ with the president on that issue as well.

“We will follow where this investigation takes us,” Ms. Craft said in response to questions about possible culpability by the crown prince.

Asked if she would exert the power of the United States at the United Nations to press for such accountability, Ms. Craft said, “I don’t care who it is, what country it is, if there is a human rights abuse I will most certainly shine the light, call them out, however you want to put it.”