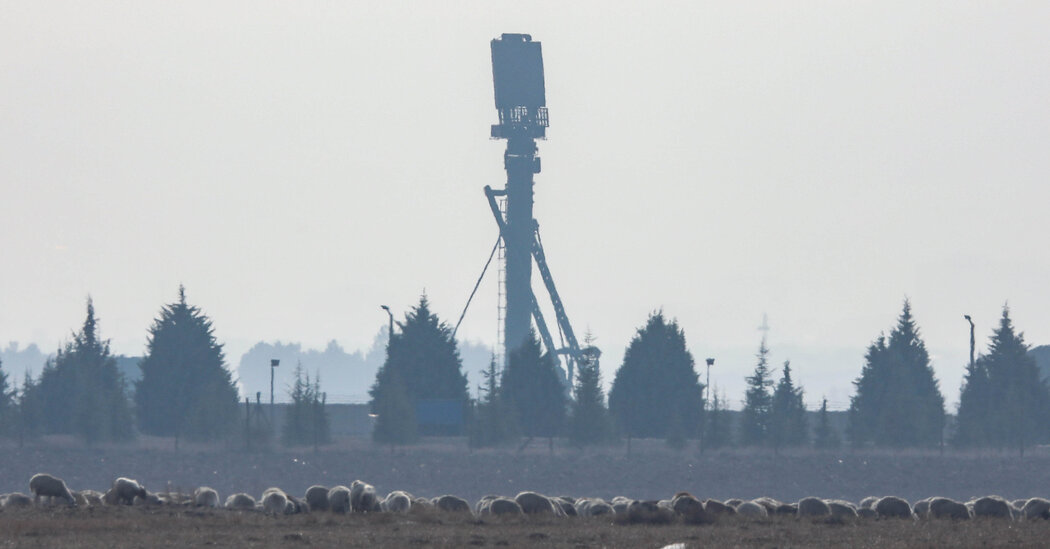 ISTANBUL — Turkey fired a missile as a test of its Russian-made air defense system on Friday, a United States official confirmed, a move that breaks an agreement with the Trump administration and risks the imposition of sanctions by Congress.

The Turkish military tested the air defense system, known as the S-400, in the Black Sea province of Sinop, A Haber television, a news outlet close to the government, first reported and a U.S. official who spoke on condition of anonymity later confirmed. Video obtained by Reuters showed a white smoke trail rising high in the sky.

There was no official confirmation from the Turkish government of the test launch, but also no denial of the news report. Turkey had been seen moving the missiles to Sinop and had issued several recent notices restricting air space and waters off the coastal area to allow for tests.

The test launch brings Turkey closer to activating the system, a step that would further strain relations with the United States.

A State Department spokeswoman, Morgan Ortagus, said the United States had told Turkish officials at the most senior levels that the acquisition of Russian military systems like the S-400 was unacceptable, and that such systems should not be made operational.

If officially confirmed, Ms. Ortagus said, “we would condemn in the strongest terms the S-400 test missile launch as incompatible with Turkey’s responsibilities as a NATO ally and strategic partner of the United States.”

“We have also been clear on the potential serious consequences of our security relationship if Turkey activates the system,” she added.

President Recep Tayyip Erdogan of Turkey enraged the United States and other NATO allies last year by buying the advanced S-400 system. The system is aimed at countering American F-35 stealth bombers and other advanced Western weaponry, and military officials have complained that Turkey’s use of it will compromise NATO aircraft in the vicinity.

The U.S. government suspended Turkey from its F-35 program and has warned that penalties could be imposed against it under a program known as Countering America’s Adversaries Through Sanctions Act.

Mr. Erdogan has insisted on Turkey’s right to buy the weapons systems as part of a more militarized and assertive foreign policy, and the S-400 system has become an important purchase in his relationship with Russia.

In recent months, though, Mr. Erdogan had seemed to tread more carefully. Under an agreement with the Trump administration, Turkey had kept the missile system under wraps and since April had made no move to activate it.

By moving closer to activating the S-400 system Mr. Erdogan was raising his bargaining power with the United States and NATO, but was also risking further penalties, said Asli Aydintasbas, senior fellow with the European Council on Foreign Relations.

“He is raising the value of the bargaining chip, but also the size of the risk,” she said. “It is a Russian roulette of sorts.”

Mr. Erdogan may be calculating that President Trump will not win the election and that he has time to activate the S-400 since it would be months before a new administration took office and reviewed its policies toward Turkey, she added.

Carlotta Gall reported from Istanbul, and Eric Schmitt from Washington.